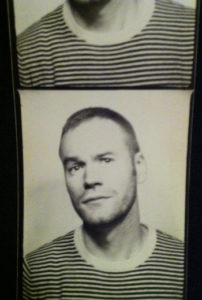 Duncan studied composition with John Woolrich at the Guildhall School of Music & Drama. He continued with postgraduate studies in composition with sonology at the Royal Conservatoire in The Netherlands under the tutelage of Louis Andriessen, Clarence Barlow and Martijn Padding. He then went onto complete his PhD in composition at Trinity Laban Conservatoire and the University of Kent under the supervision of Michael Finnissy. He has supplemented these studies with residencies at Acanthes, the Banff Centre, i-Park, June in Buffalo and the Bang-on-a-Can Summer Institute.

Duncan has worked with a number of ensembles that include the Arditti Quartet, duoDort, London Sinfonietta, Goldberg Ensemble, Quatuor Diotima, Orkest de Volharding, Pegasus Choir and Piano Circus. He has received awards from the Arts Council of England, Bliss Trust, Ralph Vaughan Williams Trust, The Sir John Cass Foundation and has been a Royal Caledonian Schools Trust Caley Scholar. His work has been twice shortlisted by the Society for the Promotion of New Music/Sound and Music in the UK and was Composer in Residence at the Handel House Museum from 2008-2010. Duncan is also an active performer (voice/electronics) and in 2015 formed the trio SounDKard with Sarah Dacey (voice) and Kate Halsall (keyboards).